. . was formed in 1997 by Paul Hedger, at that time working for Wealden District Council as Centre Manager at Uckfield LC, the first event was the Uckfield Aquathlon. Since then Paul has set up and organised events at venues all over the Sussex area, from village runs to Triathlons with over 600+ competitors.The races and club he helped set up still run today,

After a time working on other projects Paul has returned to race organising in 2010 (although he was still involved with events up to this time, notably Brighton & Sussex Triathlons).

in the 2017 season  the 'Kidstri' Series run to 5 events with winners honoured in November, A new event this year saw a working relationship with MultiSport Management at the Ashdown Forest Triathlon in July.

2018 saw the adoption of the Uckfield Triathlon, Mayfield and Ringmer Triathlon events as Phil and Stuart joined Paul to run the programme which included the Ardingly White Bird Triathlon using the reservoir for the swimming section.

In 2022 following the difficult 'covid' times the HHTri events now are just based at the Ardingly Reservoir working with the Mid-Sussex Tri Club and the Ardingly Activity Centre to bring you the Ardingly WB Triathlon/Duathlon and the 'Swim the Lake' series of open water distance swim challenges.

We are always looking for volunteers to help with the events. You can become part of the regular team by contacting us here.
We pay money toward expenses, feed you, get a free entry into a future event and will be part of a friendly and fun Team.

We can't run the events without you, so if you are a retired triathlete, or perhaps injured and you still want to be involved in triathlon come along and join us. We will show you how it's done, one event or more, we would love to have you along. 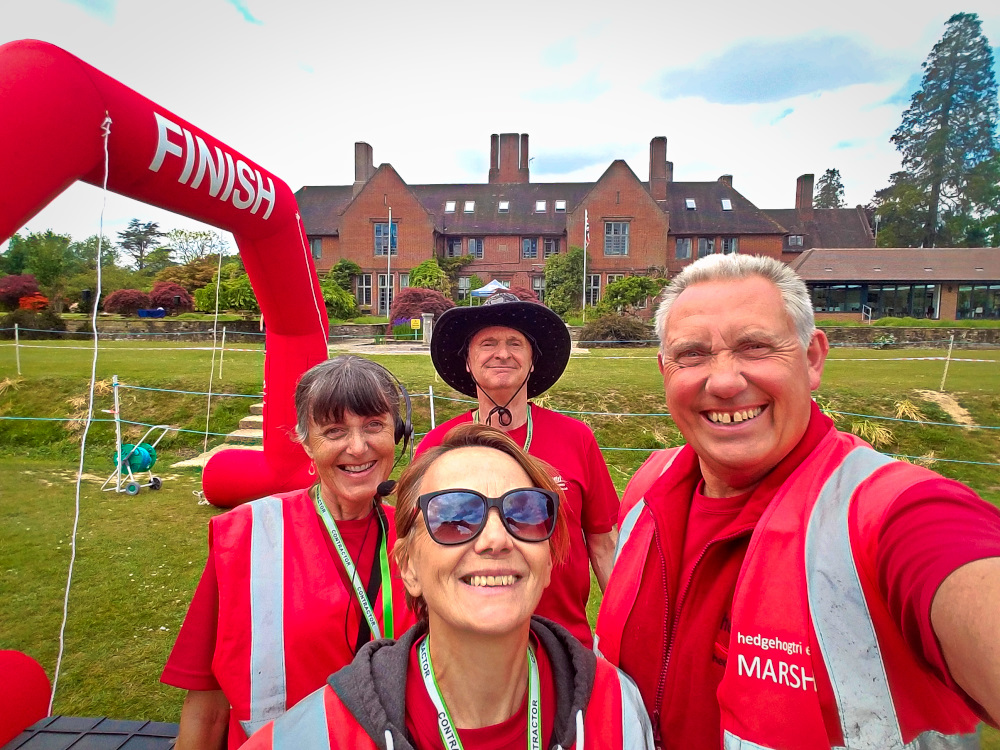